The protection of the ecosystem and a more careful and prudent use of natural resources are two “key” issues that are constantly faced in the modern production system.

Since the dawn of the industrial revolution, characterized by a rapid deterioration of fossil fuels and other resources, the production processes have greatly evolved but the progress extended to every part of the planet, has inevitably had a devastating impact on the environment. 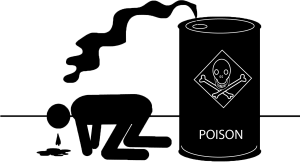 Dirt and the majority of solid contaminants were initially dissolved and removed through the use of petroleum-based solvents, such as kerosene, gasoline and other highly dangerous diluting substances.

Which have unavoidably produced:

The growing awareness of earth’s resources depletion and the negative impact upon our lives have triggered a series of changes in design and development of systems for washing industrial components.

In the past factories used to discharge of residues of solvents from the washing components in river waters destroying the local ecosystem and not worrying about the environmental impact that their actions would have had. In the years restrictions on waste disposal have become increasingly more severe and therefore activities and technologies have been implemented with a strong drive towards health and safety improvements.

Although the developed legislation has encouraged greater control in the conscious and responsible use of solvents, over the years those methods of cleaning once effective have become obsolete and not “attractive” due to the rising costs of disposal and the negative health effects of operators who managed the systems.
The acqueous cleaning machines represent a great revolution in the sector of industrial components washing..

The benefits of using aqueous detergents

The major benefits of acqueous cleaning are:

The answer is in the winning mix of water-based detergents in addition to the new generation of industrial washing systems.

The impact force of the water combined with the action of the detergent allows to break the link between the contaminants and the components involved in the treatment.

If initially many companies believed that a good level of cleaning depended exclusively on the choice of detergent, over time they have come to understand that even the washing technology and the adopted mechanical component have a considerable weight.

The cleanliness results also depend on:

Also the number of tanks present in the water washing systems is a variable not to be neglected in order to obtain a reasonable number of washes and rinses. 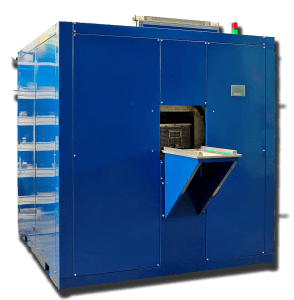 The offer designed by Firbimatic to meet the needs of those companies that have selected water washing systems is based on:

Masterwash range for water and detergent washing translates all the theoretical aspects we have been dealing with up to now.

In fact, these washing systems do not use solvents, therefore they represent ecological and sustainable solutions; they reduce energy consumption and offer customizable washing programs based on specific needs.

The geometry of the components, the presence of blind holes and cavities that are apparently difficult to reach is no longer a problem.

All our systems are manufactured in full compliance with the CE regulations, so they do not expose the operators to particular risks.