The increasingly complicated geometry and the long transit time to reach the final destination expose the steel and metal components to an evident risk of corrosion.

The risk increases when dealing with carbon steel parts that have a “pure” surface, which remains exposed for a sufficiently long period of time to the external environment at the end of the washing and degreasing cycle.

The protection of these metal components from corrosion therefore acquires a high strategic value within the entire production process.

In the case of solvent cleaning machines or aqueous washing machines, additives are normally present thus protecting the parts from corrosion during the washing and degreasing cycles.

Nonetheless, what the companies in this business sector need is a 360-degree protection, which should also be active during the storage and transport phases.

To achieve this, it is necessary to act directly on the washing cycles: anti-rust protection substances such as oils and waxes are used by companies at their discretion although conversion procedures such as phosphating are often used in the cleaning systems, in the case of water or solvent washing.

As we are all aware the chemical phosphating process allows to alter the surface of the metal components through the creation of phosphate crystals that enhance the corrosion resistance and the adhesion of the paint.

To fight corrosion it is necessary to protect and isolate the surface of the metal components from moisture, any aggressive substances and all other climatic factors.

Industrial metal cleaning: the focus on the main factors to “fight” against corrosion 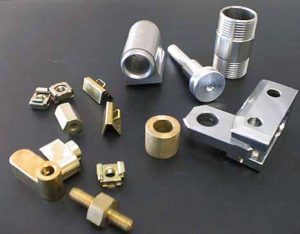 Usually fatty acids and amines are combined to obtain temporary corrosion protection and used during the rinsing phase, since eliminating them is relatively simple.

Fatty acids and amines form a very dense protective film on the surface of the metal components which is removed during the final stages of the production cycle and  when adhesives or other coatings are to be applied.

Depending on the concentration of the anticorrosive used, the components can be protected for a period of several weeks to months or years.

The use of the anti-corrosion protection depends on the type of technology used by the system and the type of solvent used. For its correct integration in the washing process, a dedicated tank is inserted in the system which contains the solvent and the correct quantity of anti-corrosive automatically mixed in percentage.

Once the washing cycle is finished, the washing chamber is flooded with the liquid coming from the protective tank. In this way you are absolutely sure that the entire surface of the components has been treated by immersion.

In the next phase, the liquid composed of the solvent / anti-rust mix returns to the protective tank and the components are typically dried under vacuum: thus the protective film is fixed over the entire surface of each individual piece!

Industrial metal cleaning: how long does the protection last?

You are probably wondering how long such protective film could last.

The main factors involved in this case are: the type of anti-corrosion used and the thickness of the protective film applied on the surface of the treated metal components.

A thin layer of anti-corrosion film is appropriate  when the components have to be quickly assembled and sent to the customer: in this case they are so vulnerable that even a simple fingerprint can favor the corrosion of the pieces.

A thicker layer of protective film is necessary when transport and storage have a longer duration: in these circumstances VCI (Volatile Corrosion Inhibitors) materials are frequently used in order to increase, through packaging, the level of protection of metal components.

VCI materials contain a protective film and can be inserted inside the packaging in the form of paper wrapped around the components, flakes or dispensers.

After the anticorrosive effect has been activated and the inhibitors have evaporated in the air, it is necessary to use hermetically sealed containers for the storage and transportation of the components.

Finally, when choosing the anti-corrosive treatment,  it is important to consider which process will be implemented at the end of the cleaning and protection phase of the metal components and whether the anti-corrosion protective film will be eliminated or not from their surface.

Discover the  FIRBIMATIC range of metal cleaning machines and don’t hesitate to CONTACT US  for a FREE QUOTE!