The project carried out by Firbimatic for NASA is undoubtedly included in the list of “business success cases”: featuring the Multisolvent 100 system installed in their premises in early 2018.

An industrial cleaning machine that uses solvent and modified alcohol technology is what has been done for the Marshall Space Flight Center located at U.S. Army’s Redstone Arsenal in Huntsville, Alabama. 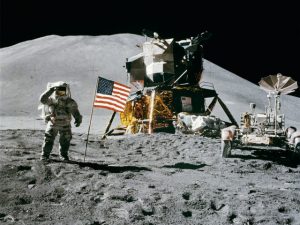 THE TASK: cleaning the components for the production of space rockets

The experience, skills and competences accumulated over the years in the aeronautical and aerospace industries are the reason why NASA decided to turn to Firbimatic.

The Marshall Space Flight Center laboratory has always been involved in the design and construction of all those precision components that are necessary for the production of rockets that are then fired into space.

Maybe you did not know that …

The center was named in honor of the high military and secretary of state, George Marshall, who in the post-World War II phase, developed the Marshall Plan one of the economic and political plans developed by America for the reconstruction of Europe post-war period.

The Saturn V rocket was developed in the laboratory of the Marshall Space Flight Center, the one that brought the Apollo 11 with Armstrong and Aldrin on the Moon in July 1969.

This rocket is one of the largest of the Saturn family, the only one that thanks to its large size managed to favor the success of all the Apollo missions.

THE PROJECT: the solvent and modified alcohol technology developed for NASA 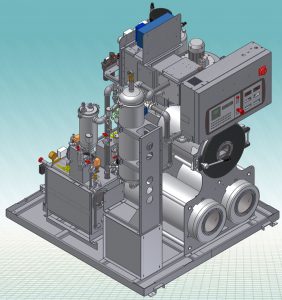 To respond to the specific needs and requirements of washing presented to us by NASA, our company has decided to propose a system for washing industrial components that uses solvent and modified alcohol technology.

The entire washing cycle (washing, degreasing and drying) takes place inside a hermetic vacuum circuit, combining solvent and alcohol and ensuring a final high quality cleaning result even in the presence of components with cavities and blind holes.

The phases of the work cycle

The degassing phase is the first and occurs in total absence of air bubbles before the actual washing of the components, favoring penetration and homogeneity in the immersion phase.

After the washing phase, the drying phase takes place during which all the treated components are deprived of any solvent residue which may be harmful to people and the environment.

The dirt particles are removed thanks to the mechanical action of the cleaning and the movement of the basket and if the components are not completely clean (for example in the case of burnt oil stains) ultrasonics are used.

In this final phase the solvent is “distilled” and cleaned of any oil residues.

Multisolvent 100 is the model of an alcohol and solvent washing plant that we have created for the cleaning of metal components that are used for the production of space rockets.

This system stands out for its reduced consumption, since it uses the BAT (Best Available Technology) technology during the washing and drying phase, for its ability to guarantee up to 6 work cycles per hour, for its small size and for a simple maintenance activity.